Which battery chemistry is better for RV camping? AGM or Lithium?

The lithium battery RV and camper van market is estimated to grow 64 per cent more per year than the RV battery market as a whole over the next five years, indicating strong continued adoption of lithium batteries over lead-acid batteries. If you’re looking to replace the solar batteries in your RV or camper van, build a new van, or are considering an upgrade to lithium, learn about the pros and cons of each type of battery before deciding whether lithium or lead-acid batteries are right for your solar battery bank.

There are several types of lead-acid batteries, including gel, flooded, and absorbent glass mat (AGM), with AGM being the newest of the three. Even though all AGM, gel, and flooded batteries contain lead acid, it is the internal construction of the battery that divides them into their respective categories. AGM batteries use a separator consisting of fibreglass between the wrappers and plate to hold the electrolyte in its place with capillary action, which is similar to how water creeps up a towel when it is placed in a bathtub. This capillary action holds the liquid inside the glass matting, making the AGM Battery unlikely to spill if it is ever exposed. AGM batteries are the lowest maintenance, as well as the latest, type of lead-acid battery, so we will focus on comparing AGM batteries to lithium batteries.

When it comes to lithium batteries, there are several types, ranging from Lithium Iron Phosphate (LFP or LiFePO4) to Lithium Nickel Manganese Cobalt Oxide (NMC) to Lithium Cobalt Oxide (LCO) to Lithium Nickel Cobalt Aluminum Oxide (NCA), which can all be categorized as either cobalt-based or non-cobalt based lithium batteries. Unlike lithium cobalt-based battery chemistries, LiFePO4 batteries generate very little heat and do not pose a risk of a thermal runaway due to their extremely stable chemistry. The oxygen and the phosphorus atoms in LiFePO4 batteries are strongly linked by covalent bonding, which enables the ions to remain stable during the oxygen flux that occurs during charge cycles. Cobalt-based lithium batteries have a weaker cobalt-oxide bond that can result in the batteries overheating, which can damage the batteries and reduce their lifespan. We will therefore focus primarily on comparing LFP batteries to AGM batteries, particularly as LFP batteries are a popular choice in RV and mobile applications due to their inherent safety, lack of thermal runaway risk, and longer average lifespan versus lithium cobalt-based batteries.

Top 7 Factors to Consider When Comparing AGM to Lithium Batteries

To be fully self-sufficient and worry-free on your next adventure, you will want to first factor in your potential battery bank’s physical size, weight, energy density, safety, and any maintenance requirements. Given that you will have limited space in your vehicle for your batteries, you will want to be sure that you are maximizing your space, as well as optimizing gas mileage with a more lightweight system. You will also need a battery bank that does not pose any risk to your health or safety, particularly as the system will be near you as you sleep and drive. Additionally, factoring in the battery bank’s lifespan, charge time, depth of discharge and cost, will ensure you are getting the most bang for your buck long-term as well as making the most of your limited solar power. Take a look below to review the primary pros and cons of AGM and LFP solar battery banks for RV and camper vans across these key categories.

A major advantage of lithium batteries is that they weigh about one-third, on average, compared to AGM batteries and are often also smaller in size. For example, a 200 Ah AGM battery weighs 82 pounds more, or over one-third more, than the POWEROAD PRLR-100 12 V 100 Ah battery. Depending on the energy needs of your vehicle and the number of batteries in your bank, this weight can add up, resulting in lower fuel efficiency and additional funds required for gas or diesel fuel.

*The larger nameplate capacity VMAX AGM battery was used for comparison because it has the same usable capacity as the POWEROAD PRLR 12V 100 Ah battery as a result of the VMAX battery’s lower allowable depth of discharge (50%).

As you will be sleeping and living near your battery bank, safety is a critical factor to consider. For example, many lead-acid batteries, including AGM batteries, need to be in a properly ventilated compartment within your RV or van to prevent the build-up of hydrogen gas that can poison the breathable air, as well as cause battery damage and, in worst-case scenarios, explosions. If you allow hydrogen gas to accumulate in your vehicle, even a small spark can ignite the air and cause serious damage to your vehicle. This is the last thing you want to be worrying about on your next road trip. Alternatively, all lithium batteries have the advantage of not producing hazardous hydrogen gas. Even better, LFP batteries in particular also do not pose a risk of thermal runaway, unlike lithium cobalt batteries. As a result, LFP batteries can also often be installed on their side and in more space-restricted compartments.

Even though AGM batteries are considered to be more so maintenance-free than wet cell lead acid batteries, because they are sealed, AGM batteries still require venting. The attention and time spent monitoring your AGM batteries will necessarily detract from your travels, self-sufficiency, and overall relaxation. Additionally, AGM batteries pose the same risk of being overcharged as other lead acid batteries, which can cause long-term damage to the battery bank. If you overcharge the AGM battery or charge it too quickly for the absorption mat to keep up with, the same dangerous build-up of hydrogen gas can occur. LFP batteries, on the other hand, are the most maintenance-free and easiest battery on the market to own, especially as LFP batteries, such as those offered by POWEROAD, come with a well-designed and engineered internal battery management system (BMS) that automatically protects the cells from being overcharged or discharged.

Lithium batteries are more efficient than lead-acid batteries, which translates into more of your solar power being stored and used, rather than being lost in the charge and discharge cycles. Lead-acid batteries are only 80 to 85 per cent efficient on average, depending on the model and condition. Therefore, if you have 1,000 watts of solar power coming into the batteries, there will only be 800 to 850 watts available for use after the charging and discharging take place. Lithium batteries, on the other hand, are over 95 per cent efficient. In other words, and using this same example, you would have over 950 watts of power available to use compared to just 800 to 850 watts in the lead-acid battery scenario.

More efficient batteries also charge faster, since there are fewer energy losses during the charging process. Depending on the configuration of your system, this could result in you purchasing fewer solar panels and/or a battery bank with a smaller capacity since you will have more usable capacity daily with a solar battery bank that charges faster. Lithium batteries charge approximately four times faster than lead-acid batteries, on average, because they can handle a higher amperage from the charger. Although AGM batteries charge faster than wet cell lead-acid batteries, AGM batteries still charge significantly slower than lithium batteries, which directly results in lower usable capacity per day as well as may potentially require you to keep your vehicle and solar array in a particular location for a longer period to reach a full charge.

Lastly, you have much more flexibility when it comes to charging the lithium batteries, as you can start and stop the charge as needed with no impact on battery performance or lifespan. These charge characteristics mean that there is no concern about completing a long absorption cycle. However, when you partially charge AGM batteries, they lose their capability to charge to full capacity over time. If you constantly charge your AGM battery to only 70 per cent, for example, the battery may eventually fail to charge past 70 per cent. This then reduces the lifespan of the AGM battery. As a result, lithium batteries are much more suitable for partial charge applications such as solar energy collection and regenerative braking from vehicles.

One of the seemingly more complicated aspects of batteries, especially lead acid batteries, is the depth of discharge (DOD), which refers to how far down you can drain the batteries before recharging them. The majority of lead acid batteries have a significantly reduced lifespan if they are discharged below 50 per cent DOD, whereas lithium batteries can be discharged 80 to 100 per cent without resulting in long-term battery damage. Of course, if you can only discharge your AGM batteries down to 50 per cent full, that means you have far less usable capacity each day compared to lithium batteries and therefore will likely need to purchase more AGM batteries to reach the same usable capacity as a single lithium battery.

Also, as alluded to above, many fail to factor in that you often have to buy many more lead-acid batteries – sometimes double or triple as many – just to reach the same usable capacity as far fewer lithium batteries. This is because most only look at the total rated, or nameplate, the capacity of a battery (i.e., the kWh the battery is theoretically able to store) rather than the usable capacity (i.e., the kWh the battery can store after factoring in the depth of discharge, efficiency and charge/discharge rate restrictions). Lead-acid batteries have a lower allowable depth of discharge, efficiency rates, and charge/discharge rates that directly impact the number of batteries you need to purchase up front, but also significantly impact the Levelized Cost of Storage or the overall cost per kWh you can obtain from a battery, throughout its lifetime.

Despite their higher upfront price point, lithium batteries, and LFP batteries specifically, make for better solar battery banks in RVs and camper vans compared to AGM lead-acid batteries. LFP batteries are safer, especially in small spaces, more light, compact, and energy-dense, and require less maintenance. They also far outlive and outperform AGM batteries, saving you on replacement costs down the line and helping you get the most out of your limited solar array each day. For truly worry-free and self-sufficient adventures, LFP batteries beat AGM batteries in virtually every category.

If you want to learn more about how to upgrade your RV or camper van to lithium batteries, please contact our team of experts to help you decide what will be the best fit for your lifestyle. 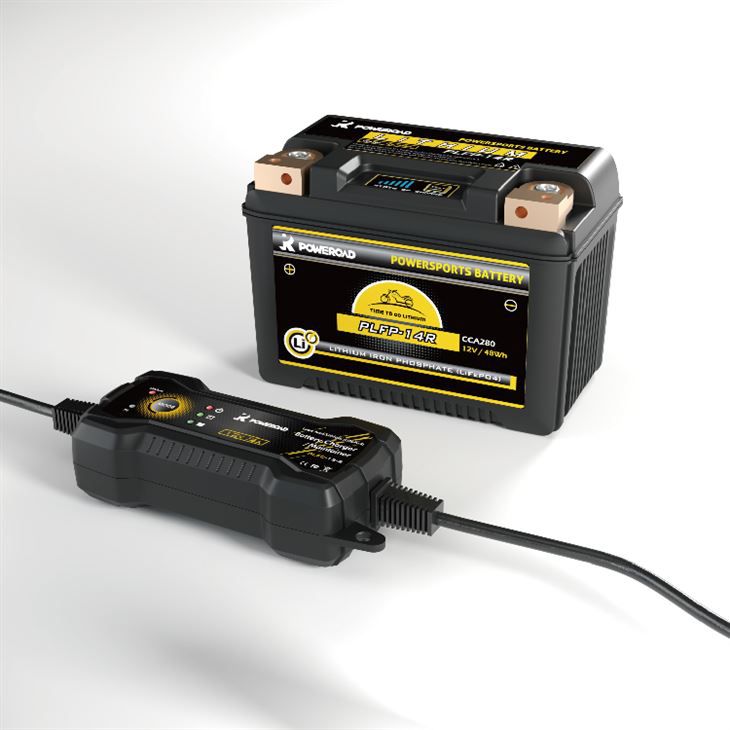 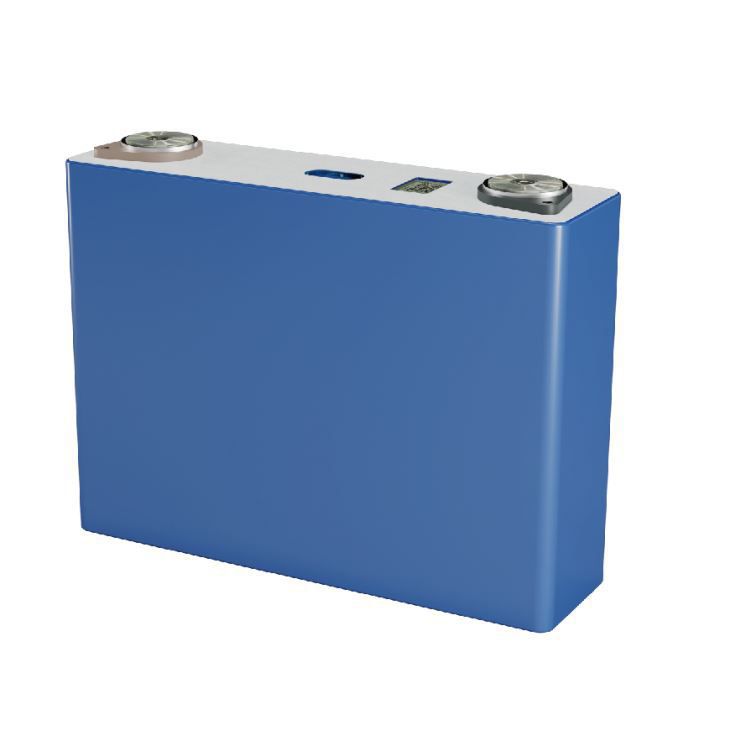 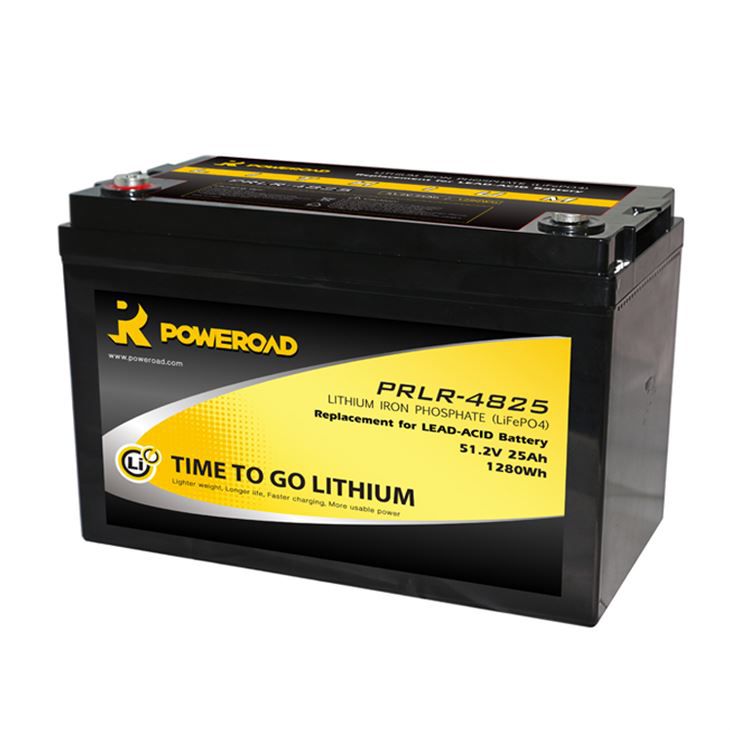 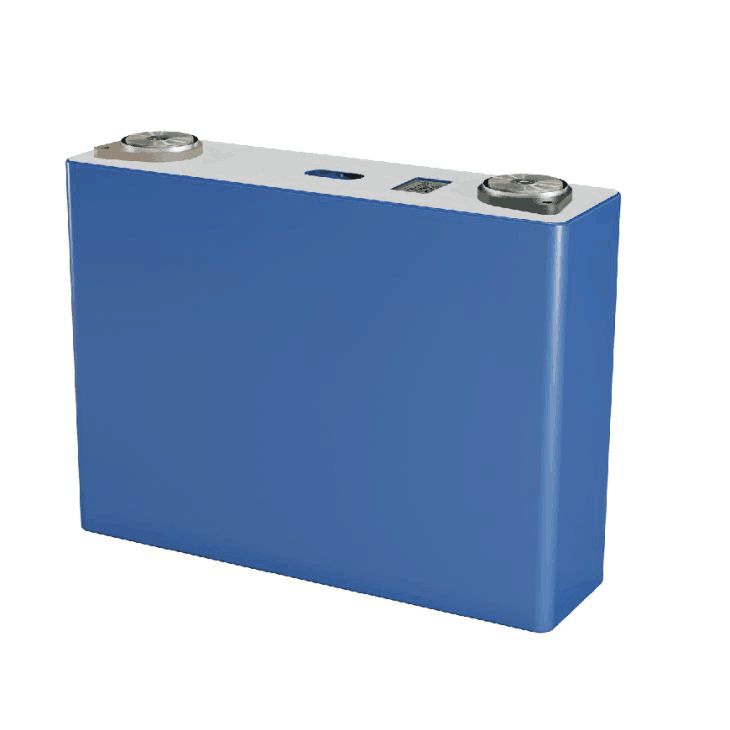 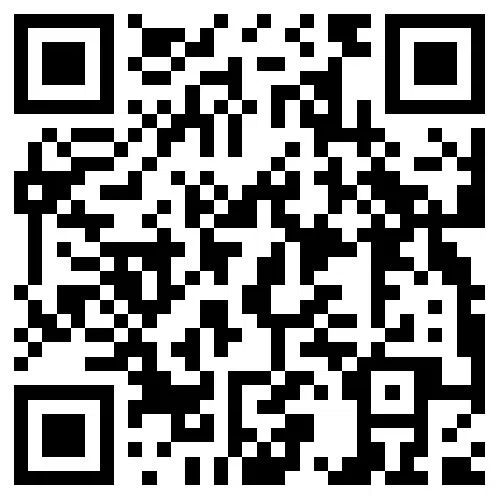